THE KITCHEN TABLE IS WHERE KAREN HANLON DOES HER BEST WORK. She is neither a chef nor a baker; she’s a freelance writer, and it’s on this table that she wrote eight short stories for the Florida Weekly Writing Challenge 2022. One of them, the story of a model welcomed into the family “like a weird cousin”, was selected for our first place.

“Maude” appears on page A11 this week, followed by three honorable mention stories and excerpts from some of the 534 others we received over the nine rounds of the competition.

This was the 12th year of the competition, which features photographic prompts to stimulate creativity in fiction writers of all ages (we heard from a middle school student this year) and experience.

Ms Hanlon said she wrote each of her submissions in one sitting, usually spending a few hours on the first draft. “Then I would set it aside to percolate for a day or two.”

After that, she said, “I would polish it to death.

“Most of the time I found out that two days later what I thought was so smart and clear had now become clumsy and just plain bad. Sometimes awful. Terrible.” 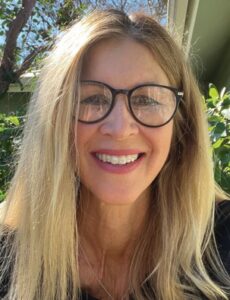 Over the next 10 days or so, many hours of tweaking would take place before she would hand the story to her mother to read. “Mom knows when a story is flowing smoothly and when its meaning comes out — and when it doesn’t,” she said. “She’s my only editor.”

Originally from Cincinnati, Ohio, and a resident of Naples for 25 years, Ms. Hanlon is a recent empty nester whose first career was in banking. She raised three children and only recently had time to sit at her kitchen table and write.

She has never taken a writing class, but loves being part of the Naples Writers Group.

His non-fiction work has appeared in local magazines including e’Bella and Neapolitan Family. Her first foray into fiction was for the 2020 Writing Challenge, and now she’s hooked.

“I would see each new invite as soon as it was available online,” she said of this year’s contest, which started in June and ended Oct. 2, with new invites every day. two weeks. “Then I would go out and take a hard copy of the paper so I could cut out the image and keep it on the table by my laptop while I wrote.” And refined. And refined. 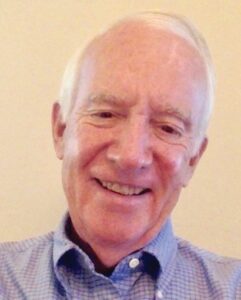 As the first place winner, Ms. Hanlon receives tuition for the Gotham Writers Workshop online course of her choice.

The rest of the best

Bruce Bunch of Fort Myers, Beth Cooper of Lehigh Acres and Terry Sykes-Bradshaw, also of Fort Myers, are this year’s honorable mention winners. We list them in alphabetical order because ordering them would have been simply too difficult. Their stories also appear this week, and each receives a $100 Amazon gift card.

Also listed alphabetically, here are the six entries that round out this year’s Top 10. We will publish them in the coming weeks.

Joseph Farley, Cheltenham, Pennsylvania: “The Story of the Sailboat”

Now retired, Bunch had a distinguished career as a journalist and corporate media relations manager for GE. He just never stopped writing.

Even now, he is a member of the Writers Guild at Shell Point Retirement Community and is a volunteer publicist for the Friends of Fakahatchee Strand Preserve State Park.

Like Ms. Hanlon, Mr. Bunch participated in eight rounds of the Writing Challenge. Its honorable mention winner, “Ticket to Ride,” was written for Round 3. Each round featured three photo prompts from which writers could choose one as a starting point for a story.

Throughout the competition, her process was never to sit down and start writing. “I looked at the instructions. Usually I was attracted, he said, but I always slept on it. The next morning I would have an idea for the plot.

“It’s amazing how you look at the picture and it stimulates an idea.” He said he remembered doing a similar writing exercise in high school in a creative writing class.

He also appreciated the contest’s 750-word limit for each entry. “It provided real discipline,” he said, adding that he would spend three or four hours writing and about an hour editing each entry.

Mr. Bunch majored in journalism and English at Ohio University in Athens, Ohio. There he was able to attend writing seminars by two famous authors: Walter Tevis (“The Hustler”, “The Man Who Fell to Earth” and “The Queen’s Gambit”) and Daniel Keyes (“Flowers for Algernon”).

“It was small seminars, so you really got personal attention,” he said. But that was the end of his fiction writing for a long time. He eventually became Germany bureau chief for Stars and Stripes, then worked for the Fort Wayne Journal Gazette in Indiana before joining GE.

Beth Cooper grew up going with her mother to auctions in and around Topeka, Kan. Today, she is the managing partner of Paradise Vintage Market in Fort Myers and also leads real estate sales throughout Southwest Florida. That probably explains why four of this year’s photo prompts inspired her to write.

One image was of a beloved antique doll. Another showed a van loaded with various products that would be a perfect fit for the market it operates. Another was of a kitsch restaurant filled with memorabilia, including a giant anthropomorphic Coney dog. And another was five shelves groaning with books of all kinds next to a table containing framed family photos and more reading material. Inspired by the latter, Ms. Cooper’s “Books” earned an honorable mention.

Not only does she love all things vintage and weird, Ms. Cooper is a voracious reader. When she left Kansas in search of a simpler life after her husband’s death several years ago, she whittled down her extensive library to 50 favorites. Among them: CS Lewis’ “The Screwtape Letters” (“It changed my life,” she said), a few tracks from Hemingway and a few from Louis L’Amour, and “a trashy romance from Regency called ‘The Windflower’. The romantic lead is a pirate named Devon,” she said. “My eldest daughter is Devon.” Two non-fiction books she’s written – ‘The Ghosts of Kansas’ and “Wichita Haunts” — also made the cut.

As a student, Ms. Cooper interned at the newspaper in Concordia, Kansas, where her job was to write the story and take cover photos for a weekly advertising publication. Later, as a FEMA-certified public information officer, she wrote grants for the agency’s National Dam Safety Program.

Prior to the Writing Challenge, she had never entered a writing contest. “I submitted plans and manuscripts to editors,” she said, “but they were all rejected.”

Working on a desktop computer in her home office in Lehigh Acres, she produced each of her four entries within hours. The fastest she wrote was in the image of the dog Coney. “The sausage man story was my favorite,” she said. “I threw it in about 30 minutes.”

Once a first draft was written, she would print it out and make some edits herself before sending copies to two friends who are published authors for review. For “Books,” she said, those friends had very few suggestions.

Stealing by the seat of his pants

Ms Sykes-Bradshaw, who took part in all nine rounds of the challenge, calls herself the “least structured, flying by the seat of my pants” writer. But there is definitely a method to his process. She would choose a photo prompt, think about it for a few days, maybe talk about it with a friend. She would spend a few hours on the initial writing, then let it rest and come back to it to rewrite it “and nitpick.”

“It doesn’t take long to put words on paper,” she says. “It takes a long time to find the right words.” She always hits “send” to submit her stories just before the deadline. “I wanted them to be perfect,” she said.

For her early readers, she had what she calls her “team” – a daughter who happens to be a writer/editor, a granddaughter who is majoring in English at Kent State and educated her on “flash fiction” and a critical friend.

Ms. Sykes-Bradshaw is not new to writing. “At the time” she worked for two newspapers, the Niles Daily Star and the Kalamazoo Gazette, both of Michigan. At one time, she was “Focus” editor for community news. She also had a column “à la Erma Bombeck”.

“I like to write a lot. I’m happiest when I’m writing or thinking about it in my head,” she said.

She also has three self-published books, a fourth in pre-publication with an editor, and a fifth half-written.

The published volumes are: “The Awful Truth About Dead Men”, “Sibling Revelry” and “Finding Maggie”, all available on Amazon.

The fourth book is “Murder at Manatee Manor” and she can’t wait to publish it. “A lot of it is based in Sanibel, a lot of it at the beach,” she said. “It’s kind of an ode to Fort Myers as it once was – and still will be.”

A change of plan

It’s always good to be able to pivot when the circumstances call for it. Although we met our original October 2 deadline to end this year’s writing challenge, our plan was to publish the first place winner and three honorable mentions in our October 26 and 27 editions. After Hurricane Ian, we rescheduled it to this week. We find it ironic that the challenge began in 2010 as something readers could do during the scorching days of summer — and during hurricane season. ¦