The Associated Press writers select the best films of 2021:

1. â€œThe Lost Girlâ€: There is an element of danger, real and theoretical, permeating every moment of Maggie Gyllenhaal’s electric adaptation of Elena Ferrante’s novel. Despite the idyllic Greek seaside setting and intoxicating premise of a solo vacation, unease hangs oppressively as we follow the brilliant, passionate, selfish, cruel and impenetrable Leda Caruso (Olivia Colman) through unorthodox choices, past and present. present. Not only is she one of the richest characters that has ever graced our screens, it’s the kind of movie that will sink into your subconscious.

2. “Licorice Pizza”: It’s a rare movie that makes you nostalgic for a time and place you never knew, but Paul Thomas Anderson’s windy and sunny “Licorice Pizza” does just that. for the San Fernando Valley by Gary Valentine (Cooper Hoffman) and Alana Kane Young (Alana Haim). Flooded with calm and optimism in Southern California, it’s a playful and joyful ode to great personalities, embellished stories, endless possibilities and endearing Hollywood closeness to a place that no longer exists.

3. â€œDuneâ€: A bigger vision than IMAX, as intelligent as it is spectacular, â€œDuneâ€ by Denis Villeneuve is by far the best blockbuster of recent years. There was so much baggage, failures and missed opportunities around “Dune” that it’s kind of miraculous that they were able to create something so lucid, thrilling and visually unique. Best of all, it’s not even over yet.

4. “The Souvenir Part II”: arthouse movies usually don’t have number sequels for many reasons, most of them boring and money-related, so it’s a bit of a miracle that “The Souvenir Part II” even exists. But what is perhaps more extraordinary is what a great movie it is as director Joanna Hogg and her star / substitute Honor Swinton Byrne unveil Julie’s tragic first love and her development as an artist.

5. “Drive My Car”: There is a tranquility in the Japanese drama “Drive My Car”, which filmmaker Ryusuke Hamaguchi adapted from a short story by Haruki Murakami about a widowed actor who develops a connection with his driver, everything by assembling a multilingual film production of Uncle Vanya. Don’t be frightened by the three hours of execution, which seems to be the exclusive domain of inflated epics lately: here it is sublime.

6. “Barb and Star Go to Vista Del Mar”: Writing about the absurd joys of “Barb and Star Go to Vista Del Mar” is almost a disservice to something that just needs to be experienced, preferably in pastel culottes with curlers in your hair and a hand-mixed tropical drink. It was a great swing that could have been a disaster. Instead, we got a new comedy classic. Let’s just hope that it won’t take another 10 years for Annie Mumolo and Kristen Wiig to imagine their next adventure.

7. “Luca”: This is the only film on the list that I have seen more than 10 times. It’s not exactly by choice, there’s a 2 year old in the equation, but it’s not a chore either. In fact, it’s a joy to be transported to the Cinque Terra-inspired town of Portorosso to see some teenage sea monsters dreaming about Vespas and a better future. It also has a terrific score and a lively soundtrack of mid-century Italian bops.

8. “The Power of the Dog”: A Story About Loneliness in the Barren Montana Frontier of 1925, Jane Campion’s mind-boggling and confident film is as rich and layered as a novel, unfolding like a mystery, a western and a meditation on masculinity, femininity, class, love and hate. Brilliant, unwashed, and casually cruel Benedict Cumberbatch breeder Phil Burbank is a villain for the ages.

9. “The Hand of God”: Paolo Sorrentino’s autobiographical film “The Hand of God” may be about tragedy, fate and “coming of age”, but it is not a tearful affair or too sentimental. This is a shimmering and ecstatic love letter to the family that uses all the colors in the box.

10. “El Planeta”: Director Amalia Ulman acts alongside her real mother in “El Planeta”, a fierce satire about two women with very limited funds who try to live out a glamorous farce in the Spain of post-crisis by scamming and shoplifting their way through upscale establishments and wearing their best while doing it.

1. “The Worst Person in the World”: Joachim Trier’s Richly Compassionate Character Study wasn’t my first movie back in theaters this year, but it was the first movie that filled me with joy, fun and surprise to go to the movies. The Trier film, which debuted at the Cannes Film Festival and opens properly in February, stars Renate Reinsve as an uncertain 30-something from Oslo who finds her niche. I have yet to determine if it was the warm, exuberant humanity of the film or the experience of seeing it on the big screen in a cinema with other people that moved me to tears. But what is the difference?

2. â€œThe Beatles: Get Backâ€: It’s been an amazing year in musical documentary thanks to revelations like â€œSummer of Soulâ€ by Questlove and â€œThe Velvet Undergroundâ€ by Todd Haynes. But Peter Jackson’s eight-hour rendezvous with the Beatles is a shattering cultural artefact, not only because of how it reframe so much what we know about Paul, John, George and Ringo, but also for how it captures artistic creation and collaboration in real time. As much as â€œGet Backâ€ is about the breakup of the band, it’s how well they can be in sync with each other, which is often amazing and sweet.

3. “Licorice Pizza”: The story of Paul Thomas Anderson’s self-discovery in the San Fernando Valley of the 70s strikes me as a loose, easy-to-breathe climax for Anderson, a virtuoso filmmaker here at his most loving. and organic. “Licorice Pizza”, packed with comic chronicles of adolescence and young adulthood, is the most lived-in film of the year.

4. “The Souvenir Part II”: Better than the first part, Joanna Hogg’s sequel to her deeply autobiographical drama is quite simply one of the most sublime portraits of an artist as a young filmmaker there is. If Anderson resuscitates ’70s California in “Licorice Pizza,” Hogg’s film is just as detailed in his’ 80s London. Film making is rarely as intimately personal – and yet generously expansive – as this one.

5. â€œThe Truffle Huntersâ€: the exquisitely charming documentary by Michael Dweck and Gregory Kershaw is about old Italians who collect truffles with faithful canine companions. Their tradition, however, is threatened by the greed of those who would thwart or even kill dogs so that they can better compete for the high-priced delicacy. With lush pointillist imagery (and doggy cameras!), The filmmakers discover an enchanting and endangered world. (For dual truffle hunting functionality, pair it with â€œPig,â€ featuring a fabulous Nicholas Cage.)

6. “Drive My Car”: Dogs are also a sign of happiness, in Ryusuke Hamaguchi’s emotional epic, a stunning work of calm and deep intimacy. There is a lot under the hood of “Drive My Car” – art, heartbreak, friendship, Chekhov. A lot of films are described as “a spin,” but Hamaguchi’s melancholy masterpiece, where the opening credits arrive in 40 minutes, deserves this label in its meandering way.

7. â€œThe Mitchells vs the Machinesâ€: A classic family travel film, with a robot apocalypse thrown into it, plus a pug easily mistaken for a loaf of bread. An ancient delight.

8. “Little Mum”: CÃ©line Sciamma’s “Portrait of a Lady on Fire” was my favorite movie of 2019, but I still wasn’t prepared for what her sequel, “Little Mum” would be like a sweet gem. In just 72 minutes, Sciamma composes a simple yet extremely rich fairy tale about an 8-year-old girl who, in a moment of grief, meets another girl mysteriously similar to her in the woods. There is a magic here that Maurice Sendak would have loved.

9. â€œThe Humansâ€: A family reunites in a run-down Chinatown apartment for Thanksgiving as darkness falls in Stephen Karam’s spooky adaptation of his own Tony-winning play. Like the apartment, they all have their own repainted flaws and flaws, and the conversation pulsates with existentialist reverberations. In a flawless cast, Richard Jenkins and Jayne Houdyshell particularly stand out.

10. â€œThe Hand of Godâ€: Autobiography doesn’t seem like a natural fad for Paolo Sorrentino, but it’s part of what makes his most personal film so full of wonder. Sorrentino’s film, about a childhood in Naples that stretches from the divine to the profane, from happiness to tragedy, is the best when he doesn’t look at himself as a young man but outside, his seaside town and family which surrounds it.

This image released by Netflix shows Olivia Colman in a scene from “The Lost Daughter”. (Yannis Drakoulidis / Netflix via AP) 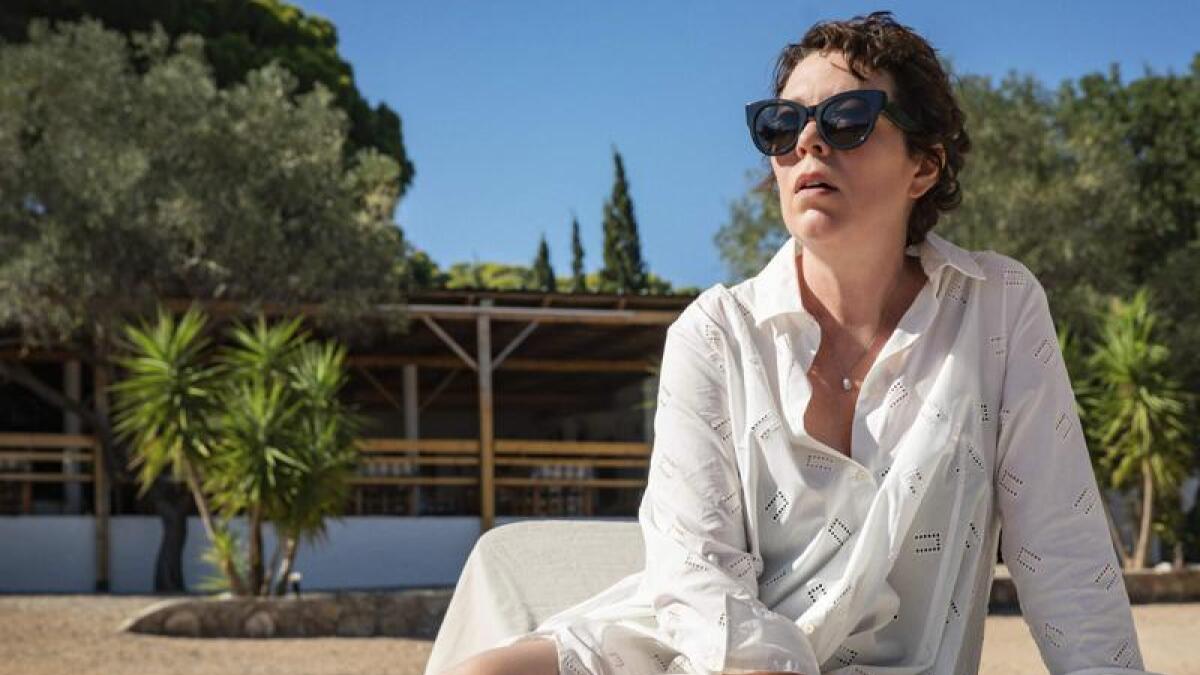 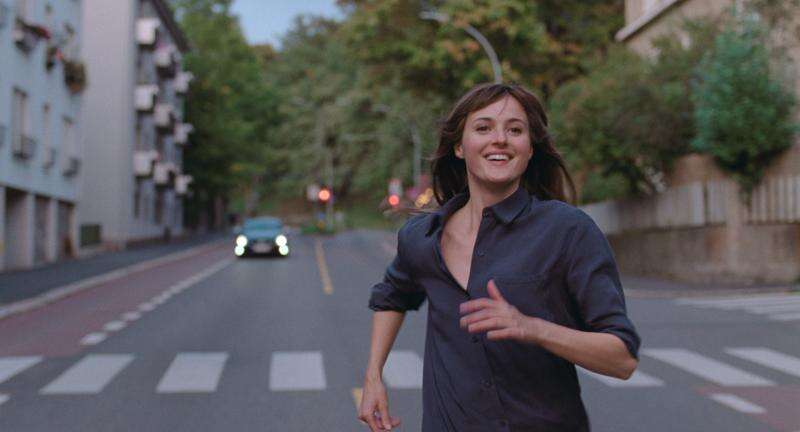 This image posted by Neon shows Renate Reinsve in a scene from “The Worst Person in the World”. (Kasper Tuxen / Neon via AP) 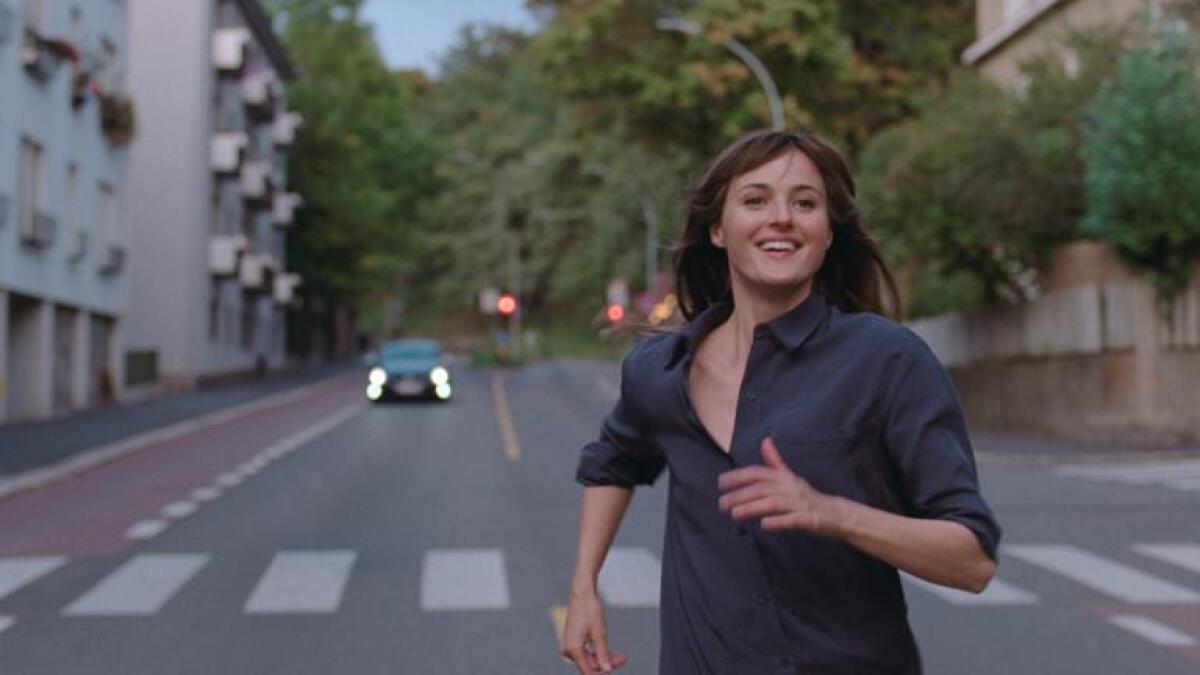 This image released by MGM shows, from left to right, Bradley Cooper, Cooper Hoffman and Alana Haim in a scene from “Licorice Pizza”. (MGM via AP) 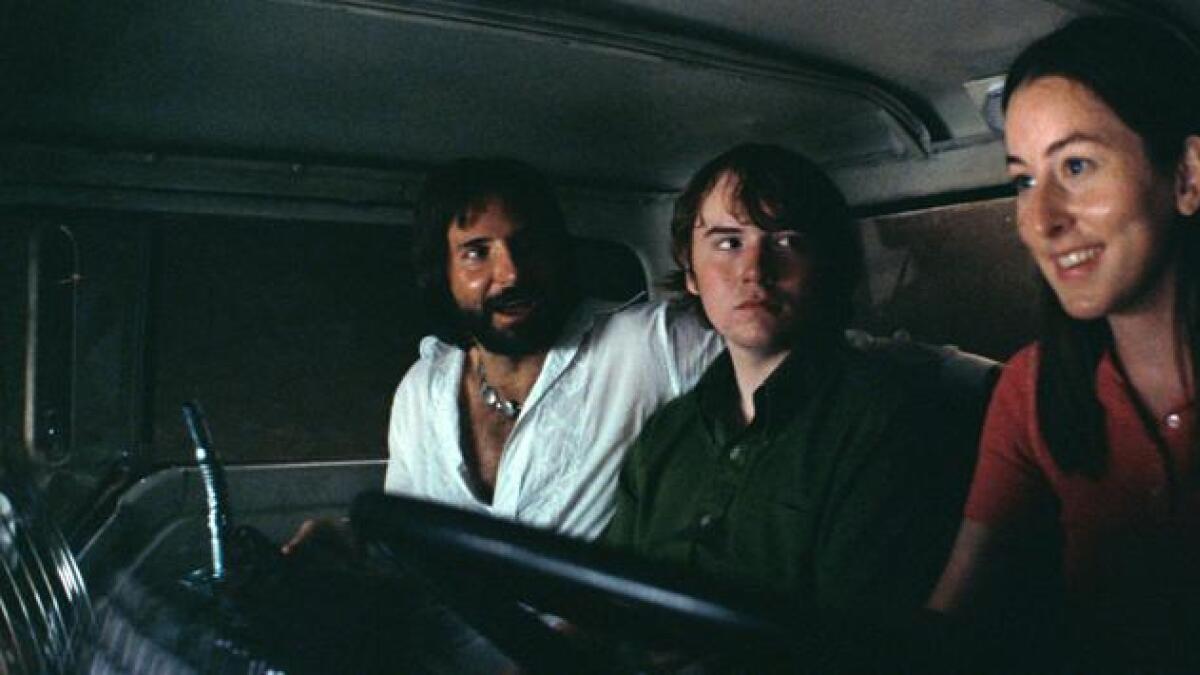 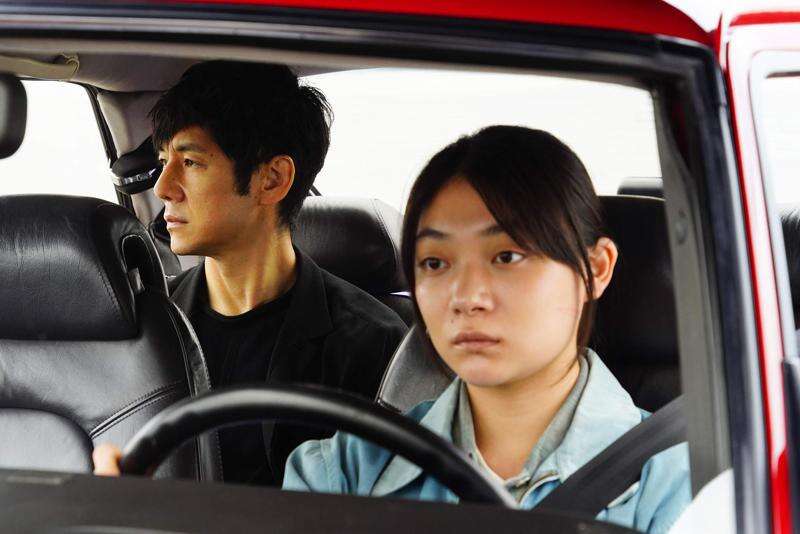 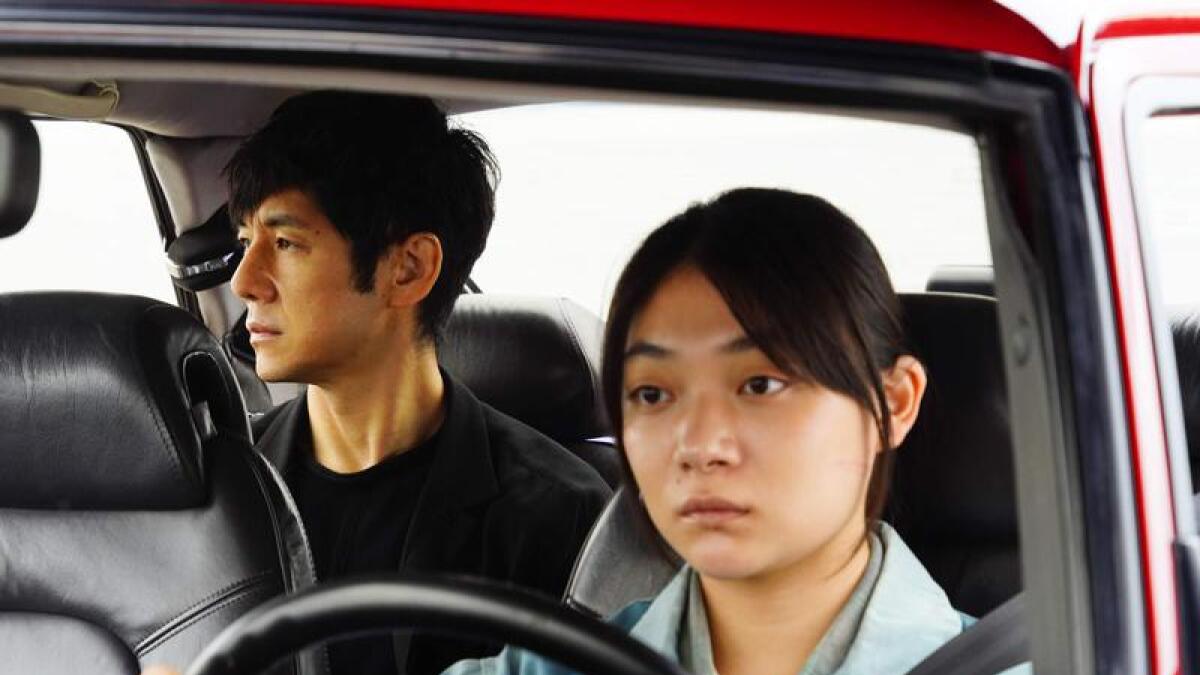 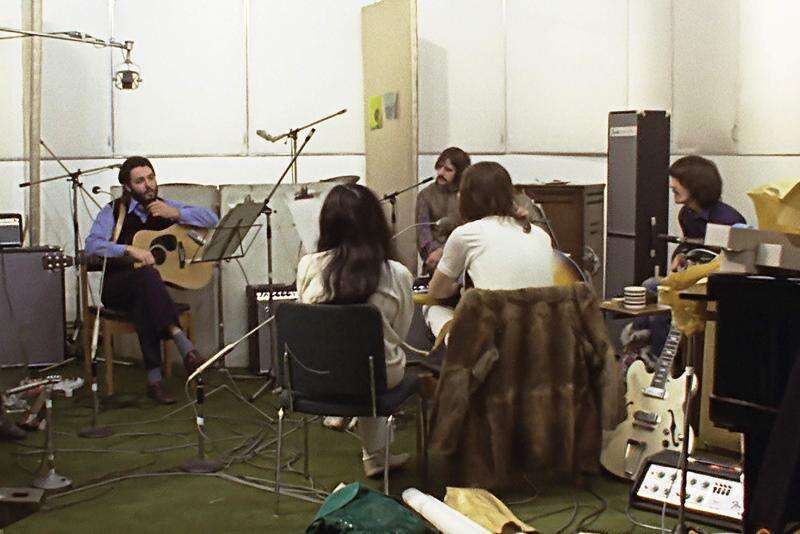 This image released by Disney + shows, in the background on the left, Paul McCartney, Ringo Starr and George Harrison, and in the foreground on the left, Yoko Ono and John Lennon in a scene from the almost 8 Hours documentary produced by Peter Jackson “Get Back”. (Disney + via AP) 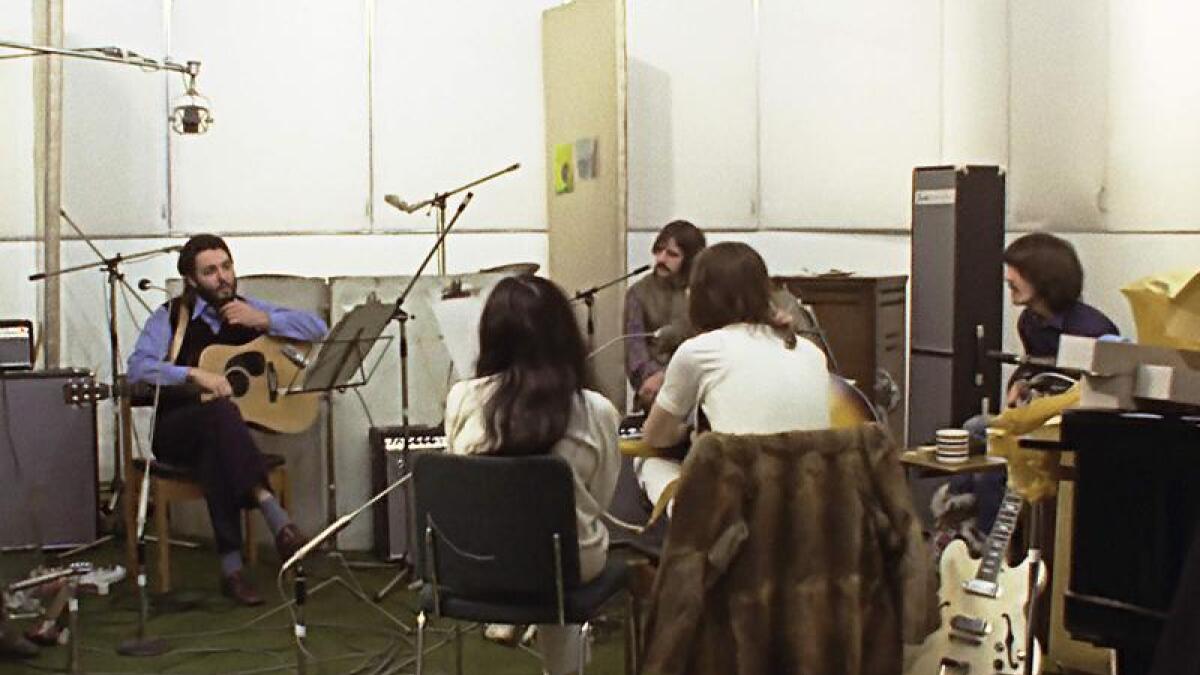 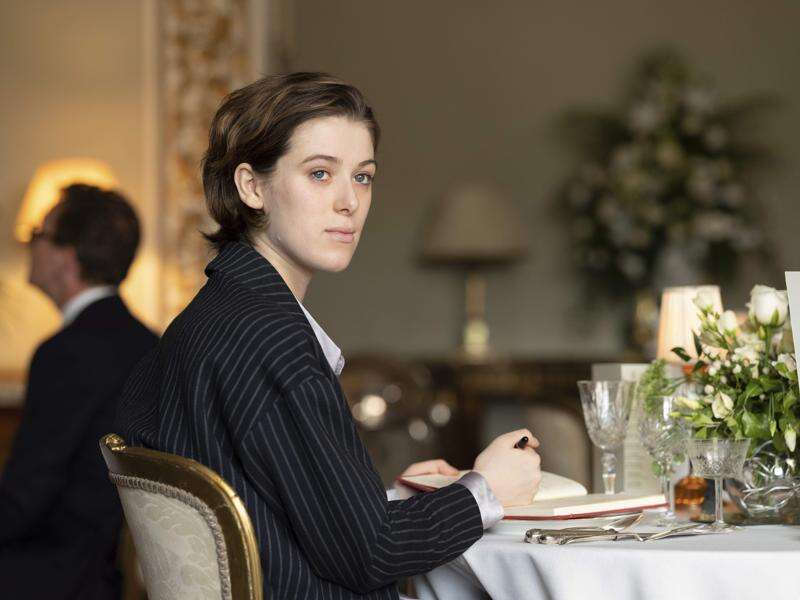 This A24 image version shows Honor Swinton Byrne in a scene from “The Souvenir Part II”. (Joss Barratt / A24 via AP) 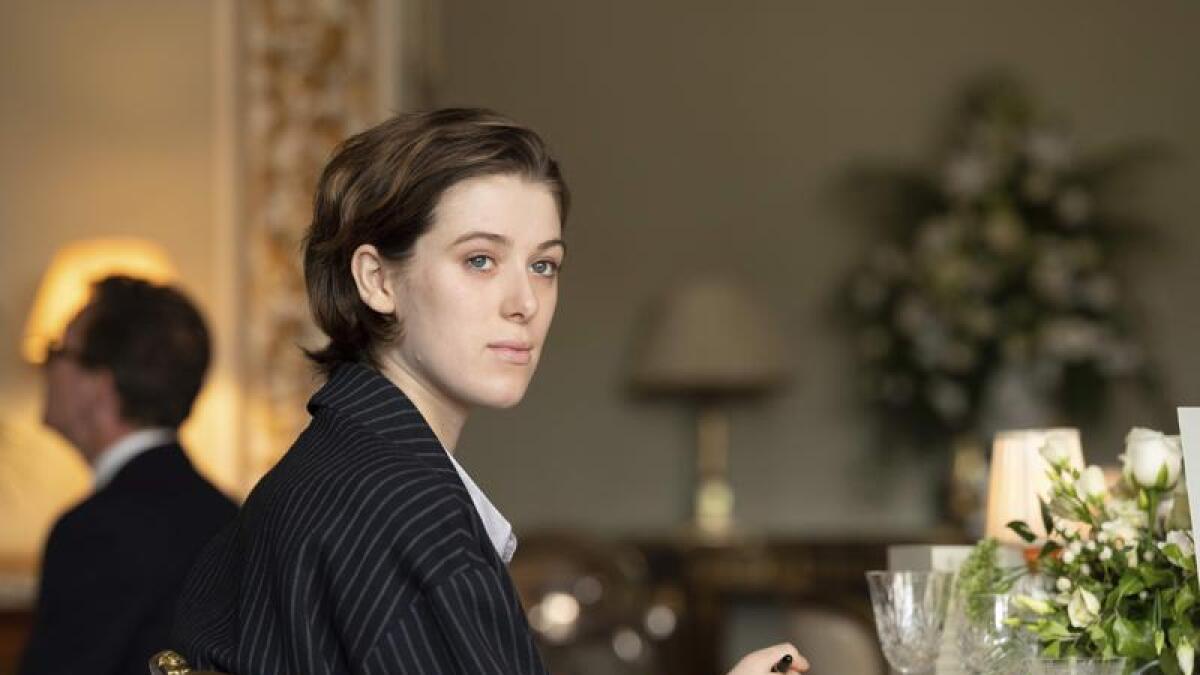 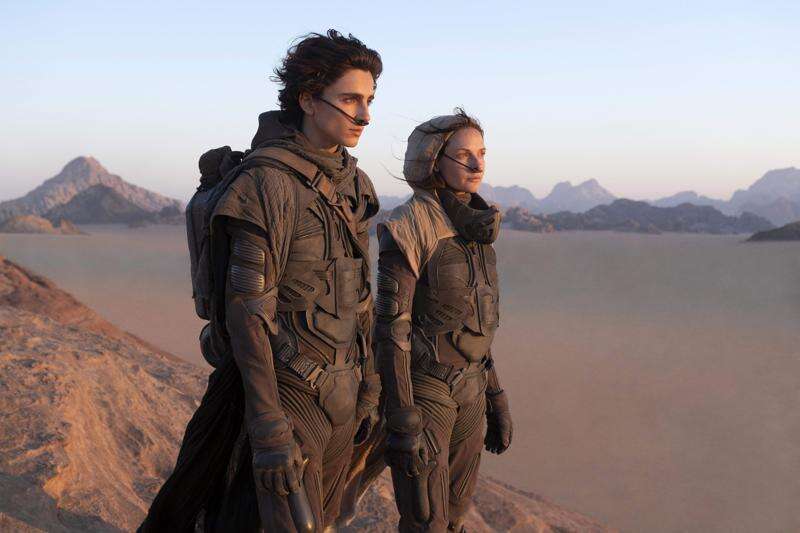 This image released by Warner Bros. Pictures shows TimothÃ©e Chalamet, left, and Rebecca Ferguson in a scene from “Dune”. (Images from Warner Bros via AP) 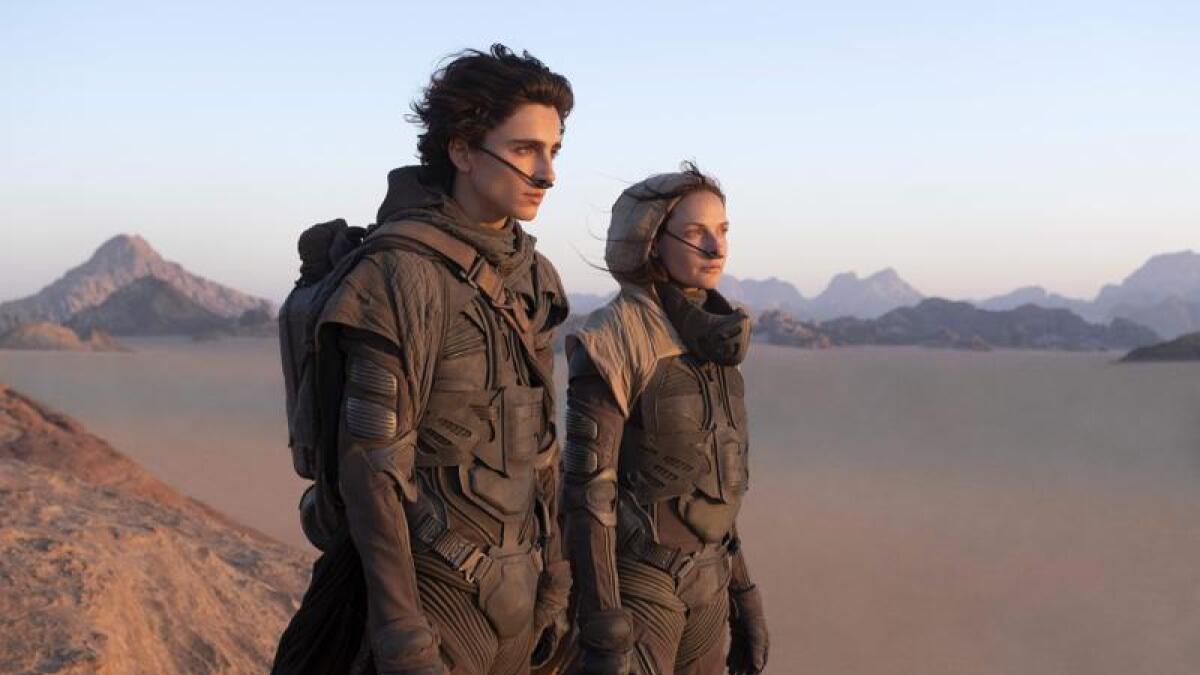 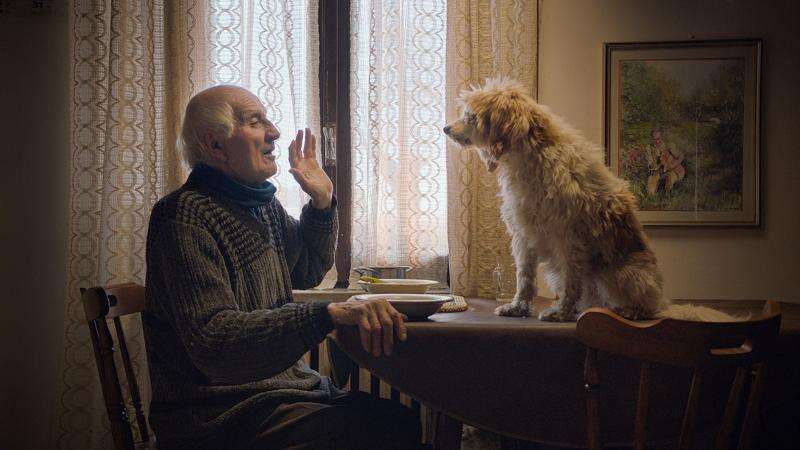 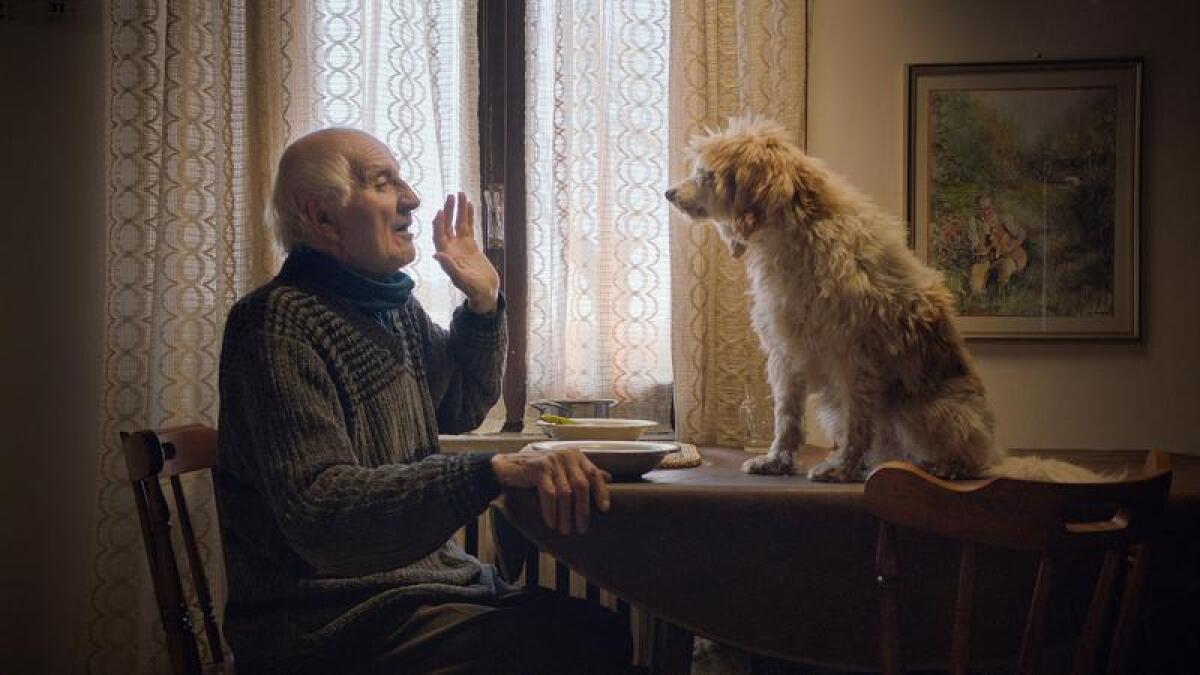