What is magnetic particle tracking and what are the latest developments related to this technology? This article examines the principles, limitations, and recent applications. 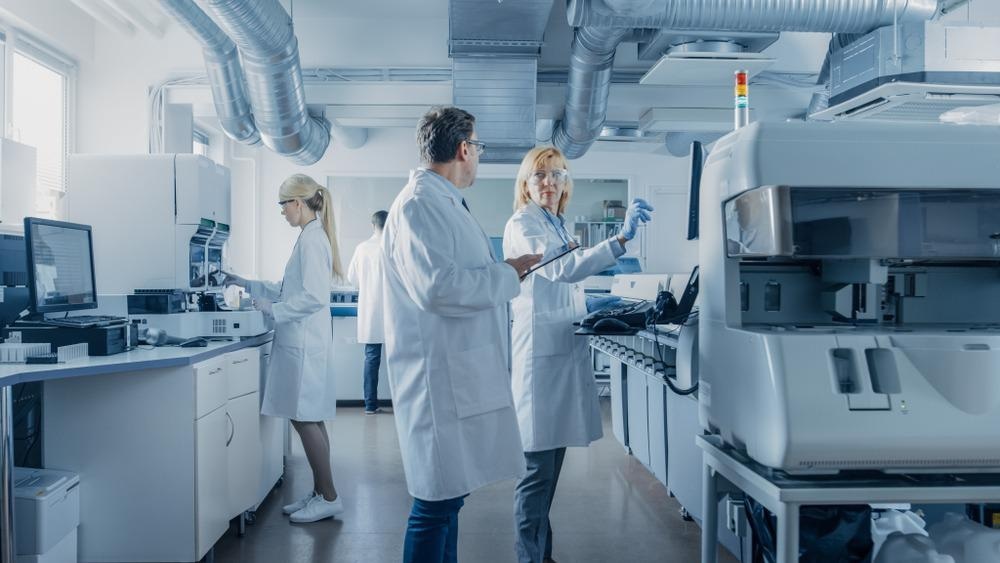 MPT is a recently developed technology that can measure the translational and rotational motion of a particle in an opaque environment. This technique has potential applications in studying the precise position and three-dimensional (3D) orientation of organs in the human body, such as in capsule endoscopes.

With this technique, organs can be examined functionally without any radiation exposure. In pharmaceutical research, this method offers an excellent opportunity to study remote drug release at any position of the intestine. Furthermore, MPT also has significant applications in diagnosis, imaging, targeting and therapy due to its suitable magnetic properties and biocompatibility.

Principles of an MPT system

The MPT technique tracks the magnetic field of a single magnetic tracer, which is measured using anisotropic magnetic resonance (AMR) sensors, and detects the translational and rotational motion of the particle in a fully 3D cylindrical fluidized bed. . In MPT, a magnetic source is localized according to its field, which is modeled as a dipole; MPT uses a single tracer particle which has a dipole. This makes it possible to detect the position and orientation of the particles.

MPT overcomes the challenges of studying collision detection for particles of arbitrary shape and size. In this technique, magnetic markers are monitored using a specially designed permanent magnet aligned by a vertically oriented pulsed magnetic field. This alignment allows the position of the marker to be monitored from the stray field components.

The researchers monitored the position of the marker as a 3D plot in real time. The method provides a spatial resolution of better than 10 mm and a temporal resolution of about 1 s, and can thus distinguish between adjacent loops of intestine. This allows visualization of tracers in cells (cell tracking), blood (perfusion), and other functional systems such as drug targeting and drug delivery systems within a living organism. It also offers a wide range of applications in the field of engineering, physics, chemistry, medicine, mathematics and computer science.

MPT has multiple advantages – it is a safe technique and does not involve any radioactive material or X-rays. It is a very sensitive method in granular dynamics as it provides translation and rotation information of a particle, which which is difficult to obtain with other techniques. It offers high temporal resolution for measuring high-speed flow, and it is cost effective because magnetometers and sensors are cheaper compared to equipment used in non-optical approaches.

More information on AZoM: Calculation of the polydispersity index of a polymer

The accuracy and precision of this method lies in the reconstruction of the position and orientation of a magnetic dipole. Thus, the reconstruction process of MPT using typical optimization approaches limits its applications as it is time consuming. In addition, the magnetic field decreases rapidly. This is inversely proportional to the cube of the distance, and so the tracking range is limited.

Existing analytical reconstruction algorithms have certain limitations and are generally dependent on the magnetic field gradient. This is often not easy to measure accurately in different applications. Researchers from the University of Kansas, writing in the journal Plos Onerecently developed and examined new MPT reconstruction algorithms and compared the results with an optimization approach.

The researchers developed a semi-analytical solution and the associated reconstruction algorithm. To reduce measurement uncertainty in practical applications, deep neural network (DNN) based models have also been developed to denoise the reconstructed trajectory. These are more accurate in reconstructing the position.

Recent approaches have combined the traditional wavelet model with DNN, which provides more accurate velocity reconstruction and performs well in orientation reconstruction. In addition, to improve reconstruction accuracy, convolutional neural networks (CNN), closed recurrent units (GRU) and wavelet transform (WT) based methods were combined to denoise position, speed and orientation. All of these methods improved the accuracy of the reconstruction.

The Extended Kalman Filter (EKF) algorithm has an accuracy of the same amount as the optimization method, but it is several orders of magnitude faster. This is explored in the journal AIP. The position accuracy obtained with EKF is approximately 0.6%, while the orientation uncertainty is less than 1.5°. MPT was applied to measure dense granular shear flow, and this was used to study the spatial distribution of a tracer particle.

MPT is one of the most promising imaging technologies to emerge over the past two decades and is expected to change the landscape of modern medical imaging and in vivo translational research. Magnetic particle imaging (MPI) is an emerging radiation-free imaging modality that uses sensitive, safe, and biocompatible superparamagnetic iron oxide nanoparticles (SPION) as a tracing material. With multiple promising approaches for clinical application and sustained research into biomedical applications, MPT will be a crucial complementary clinical diagnostic and therapeutic tool in the near future.

Disclaimer: The views expressed herein are those of the author expressed privately and do not necessarily represent the views of AZoM.com Limited T/A AZoNetwork, the owner and operator of this website. This disclaimer forms part of the terms of use of this website.