It’s hard work, reading breathless accounts of long-ago gossip of parties you weren’t invited to, or descriptions of boozy lunches of yore. In Circus of Dreams it is clear that John Walsh had a fabulous time on the British literary social circuit in the 1980s; perhaps the rule is that the nicer the evening, the less conducive it will be to remember later.

The reader may raise an eyebrow imagining Walsh and novelist Graham Swift emerging from a drunken lunch “slopping and euphoric, like John Wayne and Lee Marvin singing ‘The Moon Shines Tonight on Pretty Red Wing’ in The Comancheros”. (I think Swift is Wayne in this scenario, and Walsh is Marvin, but frankly, that all seems a bit unlikely.) This reader may sigh when Walsh, a guest at a party at Lady Caroline Blackwood’s Chelsea flat, reports : ‘I I had to pinch myself to stop blurting out’Oh my God, you were married to Robert Lowell – how was it?‘”

Of course, by then said reader will have already survived a description of Lady Caroline’s two daughters as “real beauties at 20 and 17, with their plump cheeks and lips, their mother’s feline eyes and of well-bred contempt for stammering”. men to whom they have been presented”.

Walsh was literary editor of the evening standard and some Sunday time; decades ago he edited the magazine of the Independentwhich was truly marvelous in its time. Dream Circuss is a collection of messy tales about – well, his “Adventures in the Literary World of the 1980s”, as the subtitle says does-what-it-says-on-the-tin. The book is a hymn to a bygone era, so near and yet so far away, when publishers and newspapers had plenty of money to lavish on books and writers – those who entered the privileged inner circle, anyway – that it meant giving them advances, throwing them parties or ordering reviews regularly enough, and at a sufficiently decent rate of pay, that an author could hope to earn a living by actually writing.

It is a portrait of the long 1980s. In 1979 the London book review was founded in response to the formwork for a year of the Times Literary Supplement. The same year the literary review was launched and Granta was transformed from a student publication into a national magazine, its first issue entitled “New American Writing” and edited by Bill Buford and Pete de Bolla, both then academics at Cambridge. Granta exposed his abrupt dropout in an editorial: “It is increasingly an uncomfortable commonplace that the British novel of today is neither remarkable nor remarkably interesting.” 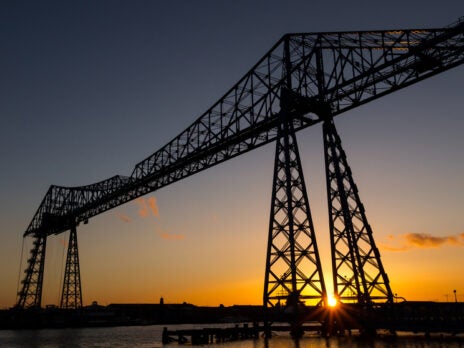 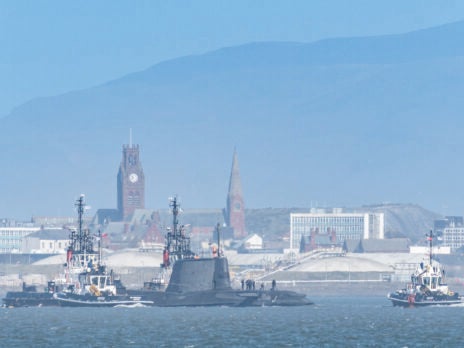 But a few years later, in 1983, Granta would announce its first roundup of Britain’s Best Young Novelists (BOYBN) with fiction from newcomers such as Kazuo Ishiguro, Martin Amis, Julian Barnes, Rose Tremain, Buchi Emecheta and Salman Rushdie. As Walsh notes, “The Class of 1983 made literary fiction cool, visible, and ambitious as a career choice, in a way that had never been done before.” A quarter of a million (a quarter of a million!) additional copies of the books presented by BOYBN have been sold. The BOYBN initiative has continued every decade; the final crop, which will be chosen by Tash Aw, Rachel Cusk, Brian Dillon, Helen Oyeyemi and magazine owner and editor Sigrid Rausing, will be revealed in 2023.

But Walsh reminds us that the Granta list came after another, lesser-known one: a “Best of British Writers” (BOBW) parade that appeared in the Sunday time in early 1982 with a group portrait of Lord Snowdon, Princess Margaret’s ex. Here are some prominent names that have fallen back a bit in history now: Leon Garfield, Malcolm Bradbury, Laurens van der Post. But John Betjeman is there, as well as Beryl Bainbridge and Rosemary Sutcliff.

Behind both lists, as Walsh writes, was Desmond Clarke, a driven literary promoter whose strategies would guide book publishing and marketing during the burgeoning decade. “BOBW and its successors made writers visible and then fashionable, on radio and television, in newspapers. Over the next decade they would begin to appear on stage, at bookstore readings and literary festival debates. They started out as brands: marketed for their personality as much as for the quality of their new books.

Walsh’s enthusiasm for his subject is undeniable. As he describes growing up in south London, heading to Oxford University and then rising through the ranks of journalism, it’s clear about his childish passion for finding out what makes a great writer. But who is this scattered book aimed at, assembled from newspaper clippings and memory? Having been a literary editor myself for quite a while, I couldn’t decide whether or not I was the ideal reader for Walsh’s tales: I already know that Joanna Mackle, former advertising director of Faber & Faber, was renowned in our little world for her taste for millinery; will people who don’t know this care? And how much does that mean, in 2022, that Kingsley Amis was famous for his impressions of President Eisenhower and Lord David Cecil?

The book is a missed opportunity. Walsh quotes pioneer Margaret Busby, who became Britain’s first black female publisher at the age of 23, writing in the pages of this magazine: “Is it enough to meet a demand for books reflecting the presence of “ethnic minorities” while perpetuating a system that does not actively encourage their involvement at all levels?

His new statesman play published in 1984; four decades later, change is – perhaps – beginning to come. I believe this book would have had more, not less, appeal to the general serious reader if some of the rejoicing had been cut in favor of a deeper discussion of how the economic structures of publishing have changed, and not in favor of the writer. In 2018, the Authors’ Licensing and Collecting Society found that real author earnings had fallen by 42% since 2005; according to 2016 figures from the Publishers Association, authors received just 3% of publishers’ turnover in a market worth £5.1 billion; that same year, the profits of the major publishers were heading towards the 13% mark. Things are unlikely to have improved over the ensuing half-decade.

By the 1980s, more writers could make a living from writing – although these writers were, of course, largely male and generally from privileged backgrounds – Walsh (and myself, in the latter category) including. But here’s a fun fact: I get paid for book reviews like this, of course. But generally the number of books I get in 2022 is about the same as if I had written the article in 1996. I know this because I made these payments myself.

Walsh remains a little too much under the influence of the big beasts of his time. You know, guys: Friends father and son, Anthony Burgess, Ian McEwan – although he admits a soft spot for Angela Carter. I won’t blame him for wearing his heart on his sleeve. I am appalled, however, by his lazy conclusion assumption that “old romantic virtues” have somehow disappeared from 21st-century fiction. I promise you, John, they didn’t. Despite the tough times that artists are facing – and I don’t just mean there are fewer parties to go to – we live in a powerful creative time. Circus of Dreams recalls the joys of a bygone era, but reading it should not make us mourn what has been lost.

Circus of Dreams: Adventures in the literary world of the 1980s
John Walsh
Constable, 432pp, £25

Erica Wagner was literary editor of The Times from 1996 to 2013. Her new book, “Mary and Mr Eliot: A Sort of Love Story“, will be published by Faber & Faber in September 2022